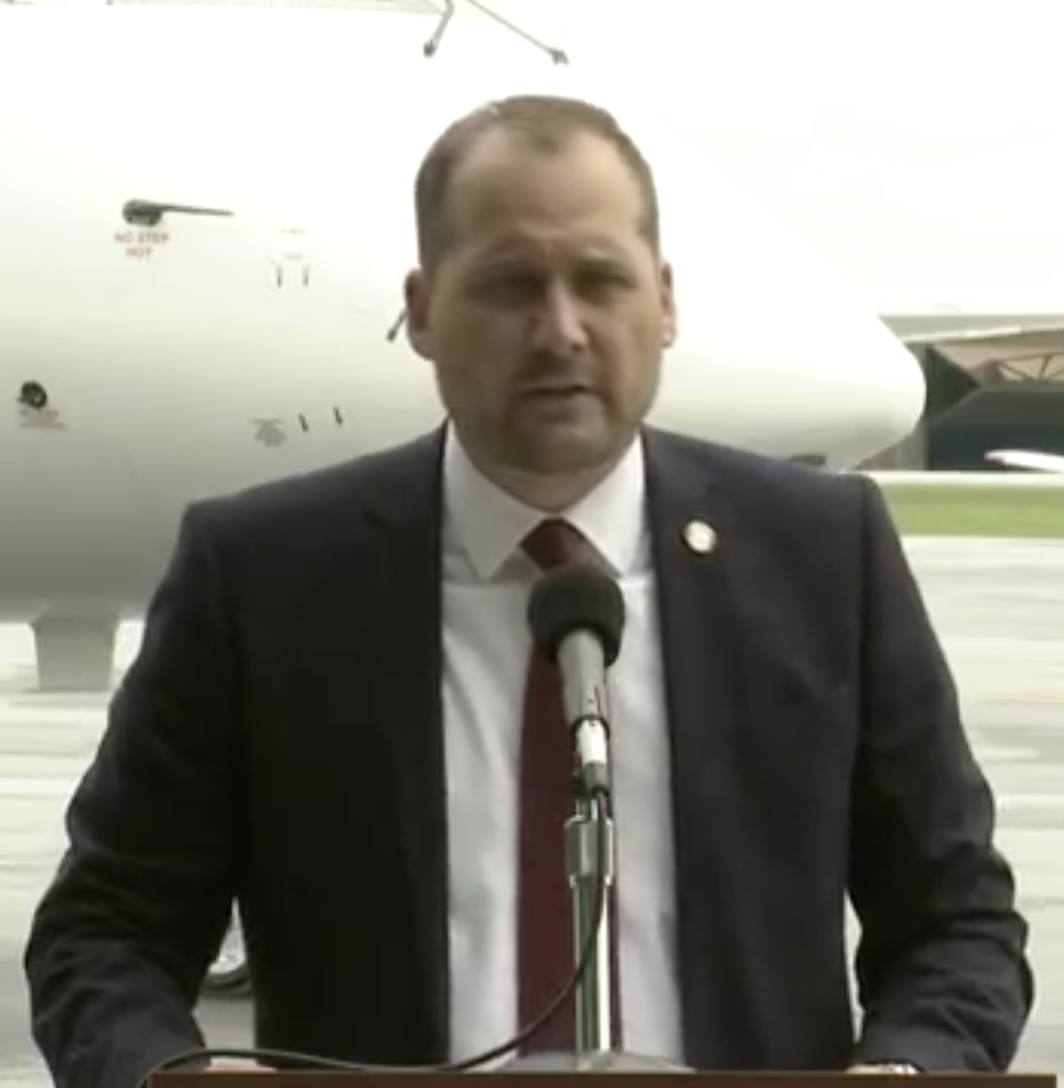 (JOHNSTOWN) – State Senator Wayne Langerholc, Jr. (R-35), chairman of the Senate Transportation Committee, held a press conference today at the John Murtha Cambria County Airport.
He announced the DRIVE SMART Act, Delivering Reforms and Investments for Vehicle Efficiency and Supporting Motor carriers, Airports, Rails and trails and Transit agencies. The omnibus plan would provide reforms and investments for the Commonwealth’s multimodal transportation system.
“When the Pennsylvania Department of Transportation (PennDOT) announced the nine candidate toll bridges across the State, there were concerns with the lack of transparency in the process,” Langerholc said. “The DRIVE SMART Act is my commitment to offering an alternative solution instead of a tacit approval to impose taxes, tolls or user fees on hardworking Pennsylvanians as we recover from the pandemic.”
Additional information about the comprehensive and multi-faceted plan is available at www.SenatorLangerholc.com/drive-smart-act/.
View Video

‘A lot more people’: Johnstown airport sees busiest May for passengers in decade

More passengers flew in or out of John Murtha Johnstown-Cambria County Airport last month than during any other May since 2012.

JOHNSTOWN, Pa. (WJAC) — The John Murtha Johnstown–Cambria County Airport has revealed when flights will be coming and going when they switch carriers in December.

The Federal Department of Transportation recently approved the airport’s recommendation to switch from Boutique Airlines to Skywest Airlines.

Read More
I am the footer call-to-action block, here you can add some relevant/important information about your company or product. I can be disabled in the Customizer.
Get In Touch
Copyright John Murtha Johnstown - Cambria County Airport 2023 - All Rights Reserved
Back To Top